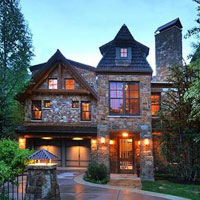 Noon Turf Care’s recent expansion into the Boston market offers an outstanding example of how careful analysis and planning helped a company successfully relocate and expand without compromising profitability or service. Here’s how they did it.

Start with questions. Noon Turf Care’s expansion was a well-planned, highly orchestrated endeavor. The Noon brothers spent a great deal of time in the months before the move researching markets and potential new locations, as well as gathering employee feedback.

“We didn’t just jump into it. We really thought it out and created a strategy,” Matt Noon says. He emphasizes that the most important thing initially for a company considering an expansion is to be sure it makes business sense. “Ask yourself, ‘Why are you expanding?’ Are you expanding just for the sake of it? Or does it support what you’re trying to accomplish, what your vision is? Does it adhere to your growth strategy?’”

Noon adds that a written expansion plan, including your timeline, financial goals and the physical amenities you will need in your new location, is an invaluable tool both for facilitating a smooth expansion and in securing the necessary funding.

Opportunities from expansion. The Noons had to set up a new structure as they planned their expansion. Instead of opening a chain of semi-independent service centers, they created one regional central office to house the company’s entire support staff, including finance and bookkeeping, inbound and outbound sales, phone service, and marketing. The central office includes a fully equipped call center, and is capable of supporting multiple service centers, each with its own garage, warehouse, and fleet of vehicles. Routing is also handled efficiently from this central location.

Identifying a market. Just as important as designing a business model that would support their vision was choosing the most profitable regional markets for expansion. The Noons looked for markets similar to the ones they were already doing well in. They considered factors such as proximity to the central office, population growth and density, wealth ratings and presence of competition.
Employee feedback. As soon as the Noons settled on their plan, they began soliciting feedback from their bankers, mentors and employees. Months in advance of announcing the expansion, they started asking about how specific changes – such as having a certain employee work remotely – might work out. They also used open-ended questions, such as “What are the most important things you need to be successful at a particular task?” or “How would you feel if you didn’t have certain things at your fingertips?”